The Election is Over, Now What? 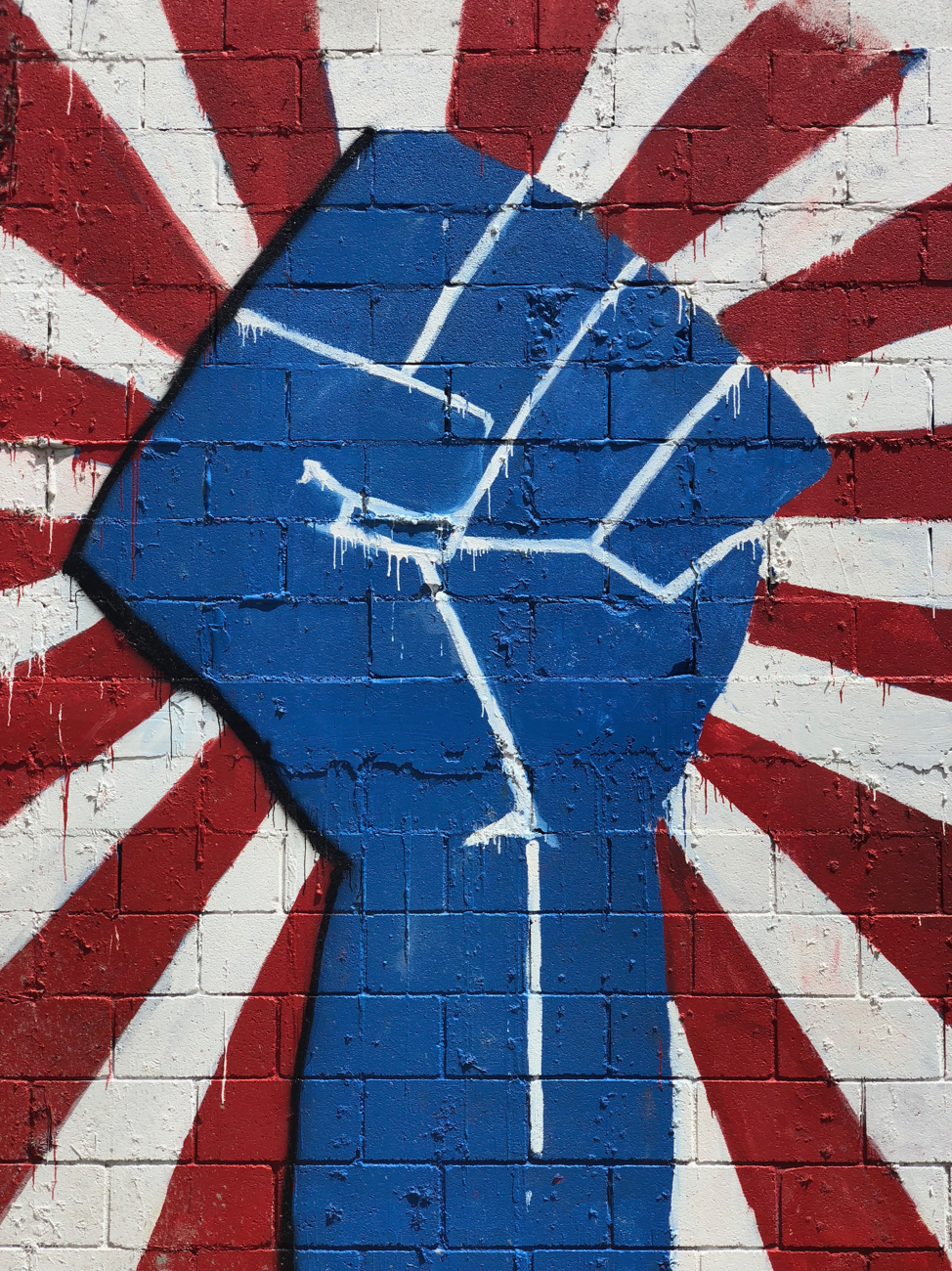 This year brought a lot of excitement as people debated and voted in (and out) a new class of elected representatives. We saw large voter turnout across the nation and many first time voters: 18-year olds, new U.S. citizens and those who felt compelled to be more involved in our political climate. But even if you didn’t vote, you’re an important part of what happens next.

Angela Rye, a political commentator, emphasized the importance of what happens after the election on her Podcast. “Do you know that if you vote or not, those elected officials work for you? You don’t go hire folks and then walk away from your supervisory responsibilities. They owe you something. They owe you the implementation of your agenda.”

From his seat on the dais and in the community, Grand Rapids City Commissioner Joe Jones says that being present is the most important action you can take with elected officials to advance your agenda. Your presence at Commission meetings is great, but so is being involved at the grassroots level.

Lyonel LaGrone, Policy Liaison at Linc Up, agrees. “You have to show up.”

The power of presence is even more important when you consider power dynamics. There are two main types of political power: organized money and organized people. While most of us aren’t prepared to strongly influence with money, we have people power. But we have to work collectively. And to do that, we need to know the issues, where to act, and how to be effective.
‍

In making your presence most effective, you have to be aware of what’s going on. “You don’t need to be a news junkie, but know the daily heading in your city, state, and nationally”  LaGrone advises.

But, with so much going on it can be hard to keep up. Luckily, Linc Up has been helping people stay informed and show up for years. On every City Commission Tuesday, they offer dinner and a pre-commission meeting. The pre-commission meetings are an ideal time to find out what’s going on in the city. There are experts on hand to answer your questions in easy to understand ways. You'll leave knowing how issues affect you personally and what to do about them.

Beyond that, if there are issues you’re already involved with or concerned about they can help you with research and offer other supports.

Every elected is not responsive to our calls or our issues — even those that rely on Black and Brown votes. And yet, many ineffective and unresponsive people get elected year after year. We have to be aware of their inaction in order to respond appropriately: replacing them in the ballot booth.

We should also understand how local, state and federal government work together so we can engage on every level. Multi-level engagement is important because state law often determines and sometimes preempts local law. This can leave our local officials with few options. Knowing who controls what can better guide our advocacy. In that vein, there’s an overview of city, county and school board responsibilities at the end of this blog.

With that being said, many issues are not simple fixes. “Very rarely do we have scenarios in which we’re able to have an instantaneous result, in particular with those issues that are very complex,” says Commissioner Jones. We need high yet realistic expectations when working alongside elected officials and holding them accountable.

Within most elected bodies, every official is only one person with one vote within the larger group. This makes every individual equally important to getting things done. For this reason, build relationships with as many elected officials as possible. Your voice is informative, influential and important for everyone to hear.

In addition to what we can accomplish as individuals, organizations like Equity PAC are pushing people who are running for office to create their own resident-based accountability groups. In this past election cycle, a series of candidates seeking their endorsement agreed to build a diverse constituent network to serve as their political grounding and sounding board.

Equity PAC's hope is that residents and officials will be in regular communication about important policy decisions. “We need to make sure that those in office are talking directly to those that have the most to win or lose from their decisions. This is a huge missing piece when it comes to continued accountability” says Equity PAC member Russ Olmstead.

Run (or Apply) for Office

Finally, the most effective thing we can do .. is do the work ourselves. Holding an elected or appointed political office gives you influence and decision making powers that advocacy cannot.

We especially need more representation and political leadership from equity-minded Black and Brown leaders. Running for office may seem like an impossible task, but it’s not.

There are a number of resources to help you. For example, Civicize.Me, Michigan Political Leadership Program, Equity PAC and New American Leaders are great starting places. They have valuable training and networking opportunities. Some even have financial and technical resources to support your bid for office. More information can be found under Community Resources.

There are also local boards and commissions than you can apply for. This is another great place to build relationships, gain on the job training and make decisions that impact communities throughout the city and county.

Urgency for People of Color

“We always want to talk about what they need to do. We are they,” urges LaGrone.

There are more residents than there are City and County Commissioners, State Representatives, Senators and other elected officials combined. We have people power, but we have to stay organized to take advantage of it. And recognize the "fierce urgency of now" that Martin Luther King Jr. talked about.

We need access to capital for new businesses. Quality education for kids. Safe neighborhoods for our families. Protection for immigrants. Better access to public transportation. Living wage jobs and criminal justice reform. An inclusive community engagement process. And we need it now. The longer we go without, the longer it will take to be equal within American society.

So we need you. We need all of us.

The election may be over, but the work isn't. Advocate with local leaders by finding out who they are below, keep up with what's going on, and consider being a part of a local board or running for office.
‍

Responsibilities: Oversee public services like public health, county parks, and waste. Does not make policy, but appoints people to a variety of Boards. Does not have control over other elected offices

Why important: Decide how public service money is allocated and oversees the quality of those services

Who’s your representative? Kent County is divided into 19 voting districts and each district elects one commissioner. Enter your address here to find your County Commissioner; find their contact info here

When do they meet: 8:30 a.m. on the second and fourth Thursday of each month in Room 310 of the County Administration Building

Why important: Decides how money is allocated and makes important policy decisions for all city residents

Who’s your representative(s)?: Grand Rapids votes in wards. Each of the three wards elects two city commissioners. Use your address to find out what ward you life in here, and who your two commissioners are here

When do they meet: Generally, every other Tuesday at City Hall. A yearly calendar (published every January) can be found here

Other City and County Boards, Commissions and Committees

Responsibilities: Offer citizen input, review programs and make recommendations for a variety of City and County services and policies

Who’s your representative: Citizens apply and are appointed by the City or County Commission

Why important: Oversee a variety of city and county services and policies; direct way for residents to become involved

Find out more about the different Grand Rapids Boards and Commissions here; and Kent County Boards, Commissions and Committees here

Responsibilities: Works closely with the School Superintendent on policy, budget, legislative, academic, and operational matters for all schools in the district

Why important: Accountable for performance of school district

Who’s your representative?: Elected into office; varies by school district

When do they meet: Varies by school district

Civicize.Me uses training, networking and exposure to build new skills and learn the inner workings of civic institutions. Connect with them at 616-403-9290 or SMGstrategies@gmail.com.

Equity PAC supports equity-minded candidates and ballot initiatives through political endorsements, financial donations and volunteer time. They encourage all resident leaders and passionate community members from all backgrounds to a run for office. Visit their website at equitypacmi.com or email equitymichiganpac@gmail.com.

Linc Up Commission Tuesdays is a regular opportunity to learn about local issues, ask questions, and attend Commission meetings with other residents. Dinner and the pre-Commission Meeting starts at 5pm in the Gallery. A ride to City Hall leaves Linc at 6:30pm. For more information, contact Lyonel LaGrone at lyonel@lincrev.org or 616-881-0781. ‍

Michigan Political Leadership Program is a bipartisan program that engages individuals from across the state in a public policy and leadership curriculum.

New American Leaders brings New Americans into the political process by preparing first and second generation Americans to use their power and potential in elected office. Trainings cover how to message, target, fundraise, embrace one’s heritage and become a successful candidate. 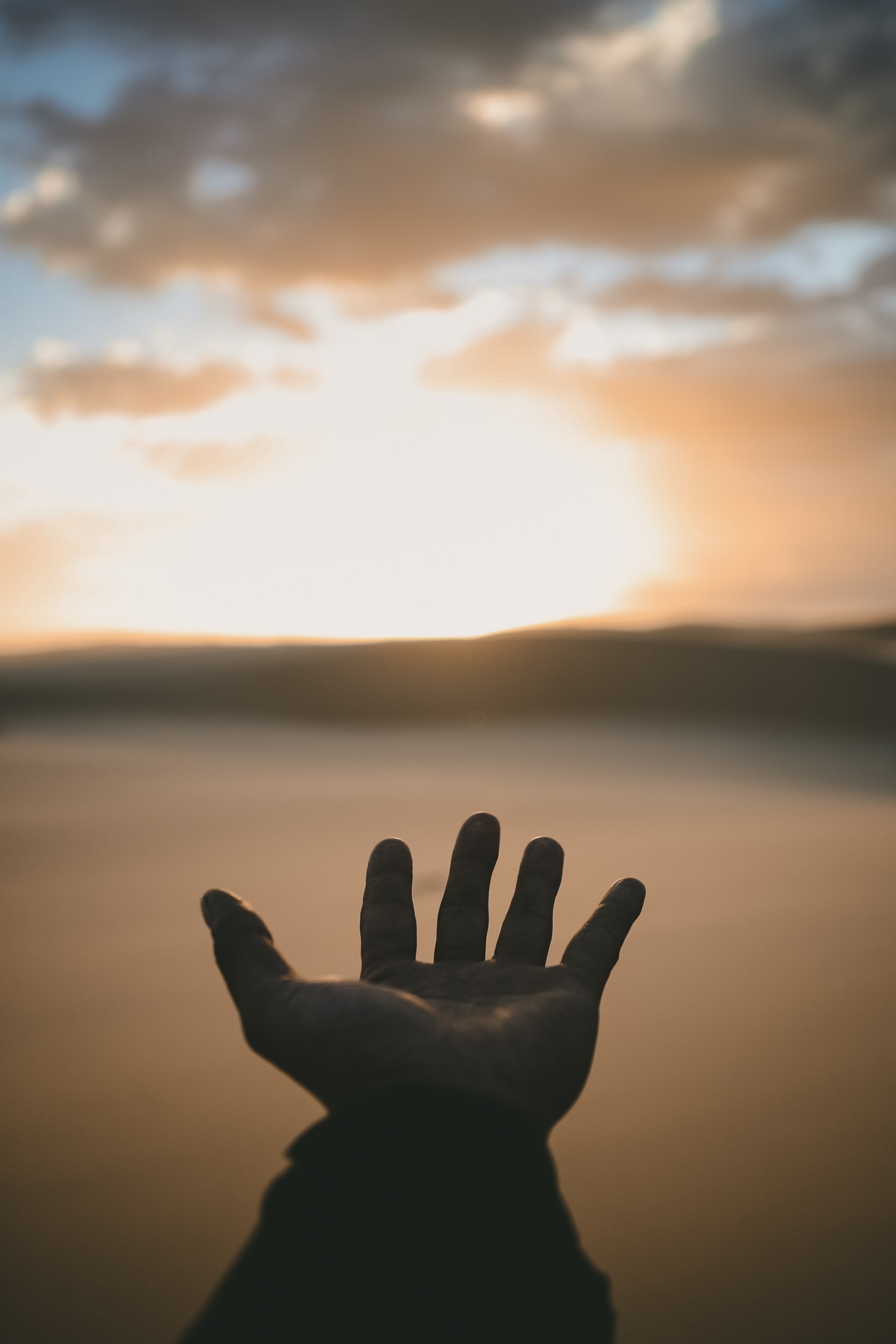 You deserve to heal: Going to therapy in West Michigan as a Person of Color

After a series of life changes and a bad breakup, Steff did not want to keep feeling the way that she did and decided to seek help. Not knowing where to start, she began to ask trusted friends and family what they did to take care of themselves. Many of them said “therapy,” which led her to reach out to a therapist. See Steff's experiences with local therapists and how each could help her heal as a person of color. 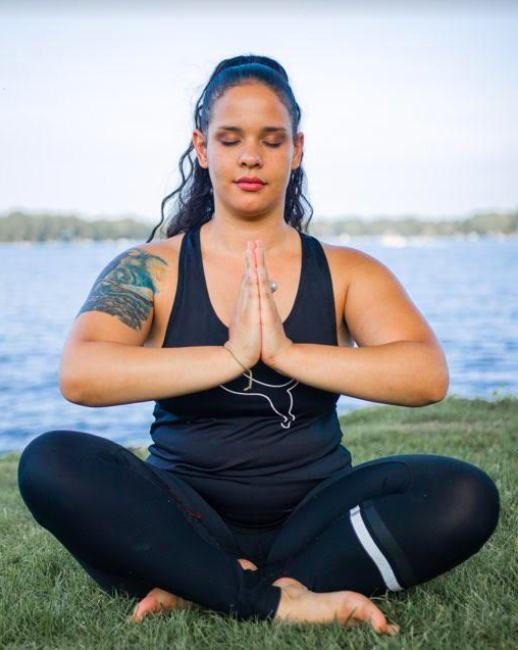 How I Deal with Stress and Heal from Trauma

Black, Latinx and Native American people make up 30% of the population of Grand Rapids. In integrated spaces, patterns of white dominance are inevitable. ... With social media covering stories of police brutality and discrimination daily, we as people of color cannot escape society’s negative narrative and dehumanization of Black and Brown lives. Five years ago I started my healing journey to cope with my own anxiety and depression caused by experiencing complex trauma, homelessness and microaggressions.