The blog below summarizes her responses and includes direct quotes pulled from Kim’s longer responses. Full recordings of the conversation are available in English (LINK) and Spanish (LINK). You can access all our previous school board candidates forums on our Facebook page.

Scroll down Find Your School Board Candidate at michiganedjustice.org and read candidate responses to the Michigan Education Justice Coalition survey.

There are 5 candidates running for 4 positions on the Kentwood Public Schools Board of Education. KPS Board of Education meets at 6:30pm on the second and fourth Monday at the Administration Building. Check out Kim Taboada-Arzate’s response to our candidates forums and from questions from the public.

“In your experience, what does the gap between the administration and parents look like, and why does it need bridging? ” (13:55)

Kim: Administration sometimes has the tendency to have the “better than” attitude. I am that person, out there with the parents. I hear a lot of things, about not knowing who to talk to or receiving a response. To bridge that, it is a communication thing. I am on the ground alongside the parents for their child.

“What are some of the things you are hearing in your conversations with parents? How would you address some of those as an elected member?” (15:33)

Kim: I am not sure yet because  I am still working on it, but I am hearing a lot about the IEPs and the 504’s. I am hearing parents say because of the teacher shortage, we have special education students in general ed. And the parents and teachers are frustrated. Together we need to work on a solution.

“You are running as the only challenger to an established board. If you are elected, what change do you bring to how the board functions? ” (17:15)

Kim: My experience with the Kentwood Public Schools system is unique. I bring the experience, honesty, leadership, and different from what it has been for years. If things have always been the same, why not bring in a new voice that can be the parents that don’t have to be in the room. I am for the parents, students, and teachers.

“UCC has been hosting dinners with parents and community members. You were at the dinner for Kentwood parents. We heard some frustration from folks around the lack of accessibility of the board and administration. If you were elected as a board member, what are some of the things you would  do differently to address the lack of connection? ” (19:30)

Kim: I think my engagement with the community speaks volume. I am everywhere with everyone. I am approachable, I listen, I am willing. That is something that I bring. I am willing to sit in on a parent teacher conference. I am willing to sit down with the board as a board member, that they [the parents] have been trying to bring to the table.

"You mentioned earlier your long history in Kentwood. What are some of the trends that you are noticing as it relates to KPS, that you as a board member are wanting to pay attention to?” (21:38)

Kim: The demographics in Kentwood have changed since my start in 1969 to having my last child graduate in 2017. The dynamics and demographics are so different, and we need to address it and act like every child really does matter. I can identify with the whole immigration thing. I am that parent that had 10 kids per child in my home and helped raise other people’s children, and I’m talking every race. ‍

“A major part of most students' experience would have been schools during COVID-19. What are some of the rippling effects of COVID-19 as it relates to KPS students and parents? What do you see the schools doing to respond to those needs?” (23:54)

Kim: I am not sure what Kentwood was doing, but I do know the effects that some of the kids had. It was shocking to me. Some of these kids lost relatives, and again with the demographics of Kentwood now, some of these children did not know how to deal with loss and no friendships. Some children didn’t have parents at home to help with the homework. I think it is still a concern.

“We are hearing from students the need for more mental health support in schools. Can you talk about what your experience with school counselors has been in Kentwood and if the level of services are sufficient?” (26:20)

Kim: These are new needs. Some parents are just now using counselors. I think the counselor and teacher are both overwhelmed and could use mental support. All of this is overwhelming, adults can’t handle some of this stuff so how do we expect children to do so. We need to step through this all together, it is a unity thing  I suppose. ‍

“As a school board candidate, what would be some of your top spending priorities for your district?” (27:53)

Kim: I’m thinking of mental health counselors for one. I am not too familiar with where spending dollars go, but we need to do what we need to do to make sure teachers stay and are mentally competent to stay. Sometimes they [teachers] need as much mental health support as students. If voted in, I am going to be that voice for all. ‍

“One of the mechanisms for school accountability is school boards. As of last July, Kentwood has had a new superintendent Kevin Holston. How do you feel about the direction the district is headed under his leadership and what things might you be paying attention to if you are elected?” (30:48)

Kim: He did just get there, and has not had the chance to prove himself yet. His resume looks good. I am hoping he will be one of those that looks at the demographics of the school and does just as much for Kentwood as he did for his previous schools [Godfrey-Lee].

“What do you think school board member accountability looks like beyond school board elections? How would you like to be accountable?” (32:47)

Kim: The accountability should look like you’re trying to help the parents and the students. It should look like “do I see you in the public eye?”. They need to be accountable for their time. I am going to be out there. I am working for these kids and these families. I am going to be right here with everybody because we are a community together, so together we need to work on these things.    ‍

“School safety has been a big conversation in the national news (i.e. school shootings we’ve seen this year).  It has hit home for Kentwood in other ways, such as the incident at graduation? What are some dynamics around school safety that you think they really need to be paying attention to?” (35:40)

Kim: They need to pay attention to visitors more. Kentwood is set up where it isn’t an open campus but the school building itself is locked down, but everything is happening outside. We need to protect the campus. ‍

“Another big issue that is happening in schools, and one that UCC is especially concerned about, is over discipline of Black and Latinx students. East Kentwood, for example, is about 29% Black students but over time they have made up over 50% of the suspensions. What is going on there for you, and what are some interventions that schools need to be considering to reduce that disportionately? (37:52)”

Kim: What you mentioned is factual. It is that zero tolerance. I think what needs to happen is that cases need to be individualized instead of going through this zero-tolerance for all and then just kicking people out. Kentwood is known for that. I hope our future is to make changes to that by starting to look at cases individually. Maybe it is looking at their household circumstances, or maybe it is a learning thing. These kids don’t need to be kicked out of schools, it is our job to find out what is the best way to teach them.

“Today in Michigan one school counselor exists for every 670 students. Do you commit to working towards a school budget in the next two years that provides for 250 students to one counselor? (41:12)”‍

“We know schools have COVID relief money, or ESSER funds, at their disposal. Do you commit to hosting a town hall around ESSER funding before budget allocations in February to ask for student and family input? (42:42)”‍

Learn more about COVID stimulus money schools received and how to advocate for students and families: https://michiganedjustice.org/wp-content/uploads/2022/09/MEJC_EsserReport_v1.pdf

“Do you commit to championing district policy that eliminates expulsions, including forced placements in virtual education? (43:08)”

Kim: Yes. As long as it is not a safety issue, these kids need to be in schools. I think it is our job to find a way for them to be in the school. Sometimes through expulsion or suspension, you’re already dealing with kids that are behind and kicking them out of schools to spend more time on the streets is not the best way to solve the problem.

Kim: Even with the Healthy and Healing platform, there are so many elements to the platform. So I was all over the place with it, but I chose the expulsion and prevention because I think we can work more on the redirection. Some of these kids use bad behavior as a defense mechanism. That one stuck out to me because I felt that not every child needs to be expelled or kicked out of schools. But that healthy healing, I was all over with it like yes everyone needs that mental health help and yes we need to have workshops about diversity of racism. They [the priorities] are all important to me. 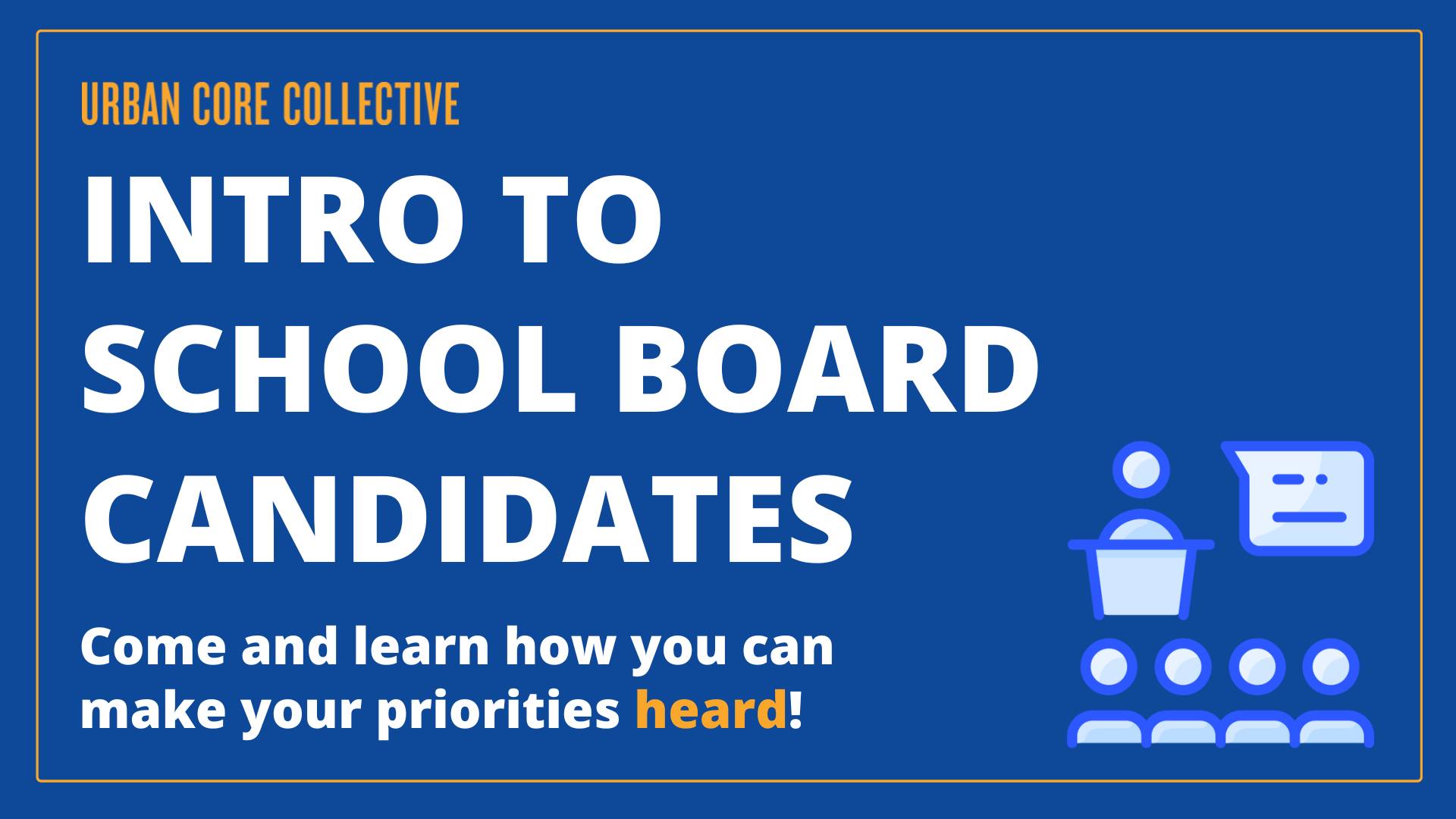 On Thursday, September 22, 2022; we had a conversation with Wyoming Public Schools school board incumbent Jeff Norton.